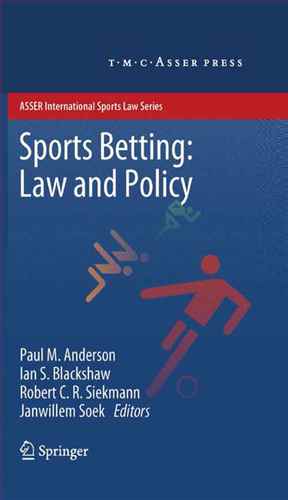 I am very pleased and honoured to have been invited to write the foreword to this timely book. I use the word ‘timely’ advisedly to characterise this book as, sadly, more and more cases of corruption—of one kind or another—in sport are regularly being exposed by the world’s media. Not surprisingly, perhaps, because there is so much to play for, not only in sporting terms but also in financial ones as sport nowadays is big business and a global industry in its own right! Take, for example, a couple of recent instances of corruption in sport. The disclosures by The Sunday Times newspaper of corruption in the bidding process for the 2018 FIFA World Cup, resulting in bans being imposed on the two members of the FIFA Executive Committee alleged to have been involved in this scandal by offering their votes to the England bidding team in return for substantial monetary payments. And also the exposure by the News of the World newspaper on ‘match fixing’ or—more properly described—‘spot fixing’ in cricket involving certain members of the Pakistan National Cricket Team during the 4th Test between England and Pakistan at Lords in which, it is alleged, that they deliberately bowled ‘no balls’ at predetermined points in an over, as pre-arranged and agreed with a certain bookmaker, who would take bets on when ‘no balls’ would be bowled during the match. Betting and sport have been—to some extent—uneasy bedfellows probably since the dawn of time: for example, lottery games were originally played in China some three thousand years ago! Not only is it enjoyable to watch a sporting event, but added excitement and interest come from also being able to bet on the outcome of it. In fact, horse racing depends upon betting for its very survival as a sport. As David Forest points out in his contribution to this book