It is a strange time to be thinking about justice and fairness in the rulegoverned global economy. I first became conscious of global politics in the 1990s, during that optimistic post-Cold War, pre-9/11, liberal internationalist moment that we were told was to be history’s end state. That moment produced the WTO, but also the International Criminal Court, the Maastricht Treaty, the Millennium Development Goals, and a general sense that nations and nationalism were becoming a bit passé. When I began thinking seriously about international economic governance in the mid-2000s, the main criticisms of the trade system came from environmentalists, human rights activists, and advocates for the Global South. Nobody imagined that the trade regime was perfect: the debacle in Seattle made that clear. But the biggest challenge was that the trade rules were insufficiently cosmopolitan, preferring the interests of rich countries and industries over the globally most vulnerable. Those days are over. In the months when I was finishing this book, two votes happened that made that eminently clear: the UK referendum on leaving the European Union; and Donald Trump’s election as president of the United States. Whatever else these two votes mean, they signal a reassertion of economic nationalism in two countries that, over two centuries, have done most to advance an open international economic order. The political sentiments they express are a reminder of something that liberal economists know well, but often neglect to mention: that while trade may benefit countries as a whole, its costs and benefits are unevenly spread. They represent a demand, on the part of those who see themselves as losing out from globalization, to have their pain recognized and their interests accommodated, even if this means shifting that pain onto someone else. They are, in consequence, a rejection of many economic shibboleths on which the postwar – and especially the post-Cold War – liberal economic order was built 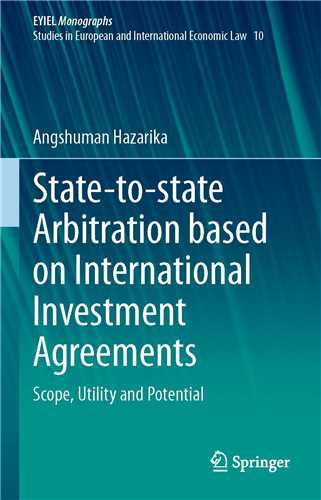 Responsibility of the EU and the Member States under EU International

The Code of Capital How the Law Creates Wealth and Inequality

Towards a Uniform Approach to Confidentiality of International Commerc

The Law and Economics of Corporate Governance

Commercial Law of the European Union

The International Minimum Standard and fair and Equitable Treatment

Rules of evidence in international arbitration : an annotated guide