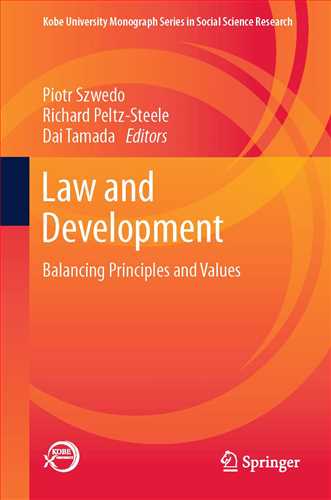 Development is a heavily loaded term. With the fast pace of scientific discovery and the deepening tendrils of globalisation that have become characteristic of contemporary social life across the globe, development has become a recurring and convenient shorthand term across a myriad of contexts. For instance, the term development is invoked to describe the maturation of the body and mind, the multiplication of social opportunity, the expansion of an economy, and innovation in art and science. The term is a particularly appealing semantic choice as it connotes progress. Development may be taken to insinuate that humanity is—or ought to be—fundamentally concerned with purposeful growth, realisation, and the incremental march towards Utopia. It is not uncommon for people to conceptualise the pursuit of their ambitions as development. In fact, who could, or would want to appear to, be against development? Yet experience has shown that the meaning of development is very much a subjective matter; it is a question of perspective. When one seeks to define development—a necessary task if policies must be devised to achieve it—suddenly the term proves curiously evasive. For, as it turns out, the development that tracks innocent infancy to weathered maturity may also describe the consuming proliferation of some malignancy. The development that fosters an economy from simple localised barter to sophisticated global trade is also a process that may enrich the elites yet crush the impoverished. The development that cultivates one’s social and cultural identity also may incite nationalism and tribalism.