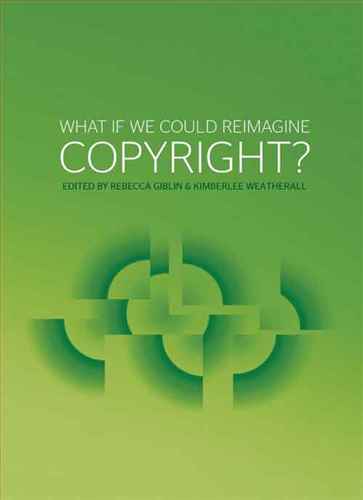 What if we could reimagine copyright? :عنوان

In the opening chapter, of this volume the editors invite the reader to imagine that he or she has a blank slate when it comes to drawing up a new copyright law. One supposes that there would be a lot of interesting proposals, especially from the non-lawyers whose minds would be less trammelled by copyright’s technicality. Some readers might keep the slate blank. The freedom of a blue sky should allow one to conclude that commodification by copyright should play no role in a social system. Anarchists, as well as those libertarians who do not extend natural property rights to intangible objects, might arrive at such a conclusion from first principles. Alternatively, one might conclude on consequential grounds, as Machlup did about the patent system, that if one did not have a copyright law it would be irresponsible to implement one. None of the contributors to this volume argue for the abolition of copyright. Instead, they suggest feasible changes to copyright systems based on the assumption of a world in which copyright design issues are not settled by a global political economy dominated by the variable of power. The upshot is a set of stimulating and highly readable essays that reflect upon the rules, principles, doctrines and interpretations that would help to draw copyright law into the service of civitas rather than the imperium of factions or nations.